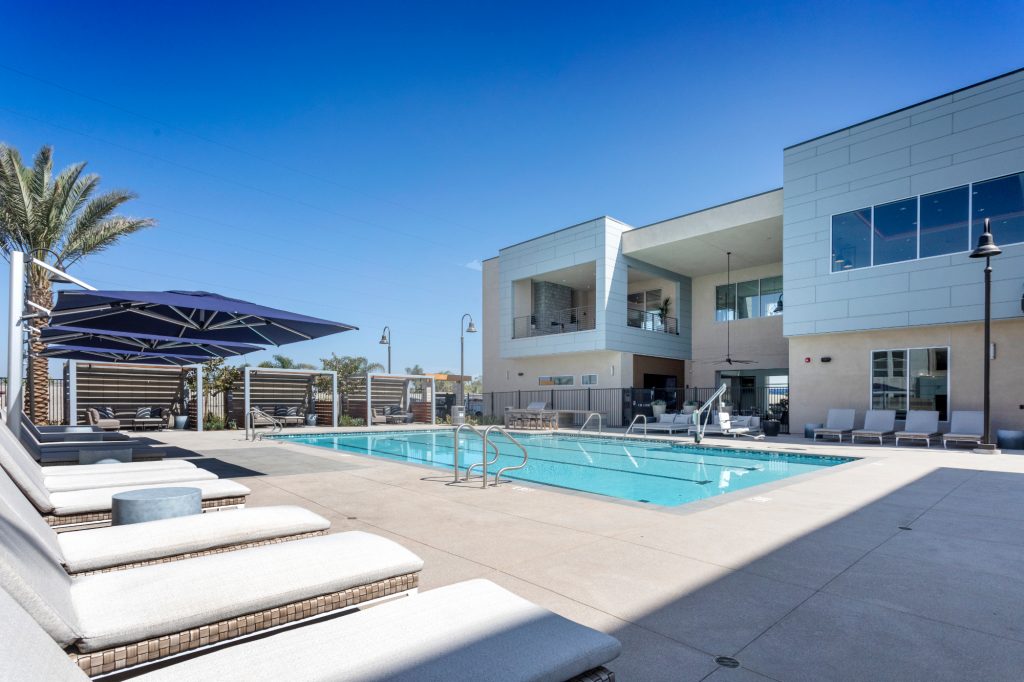 Construction in 2020 has struggled, as stay-at-homes orders imposed at the beginning of the year to help slow down the spread of COVID-19 have generated delays in construction starts and permitting. Additionally, this year California had to deal with the flight from more expensive metros of many big companies such as Oracle, Tesla, Hewlett Packard Enterprise and Palantir.

Year-to-date as of April, the top 10 California markets added 10,380 units to rental stock. Extended construction timelines mean that this number is expected to significantly increase until the end of 2021, as all the markets on the list, except for Metro Los Angeles, anticipate delivering the bulk of new units in the second half of the year. Below we ranked the top 10 California markets with the highest number of units delivered year-to date, according to Yardi Matrix data.

The first entry on the list is also the only one to complete a single community through April. Some 136 units, 0.1 percent of the total stock, came online in the Inland Empire. Almost all of the new residential construction in 2021 in the metro is scheduled to be completed in the second half of the year, with 2,227 units across 14 communities expected to come online. This is a decrease compared to 2020, when roughly 3,100 units were added to the stock.

The sole community to be completed is the 136-unit Levante in Fontana, Calif. The luxury property is less than 50 miles from downtown Los Angeles. According to Yardi Matrix data, SC Development received a $20.4 million construction loan from Farmers and Merchants Bank of Long Beach in 2019 for the development of the asset.

The market added two communities comprising 317 units in the first five months of the year, which represents 0.3 percent of total stock. The majority of new communities are expected to come online during the second half of the year, with almost 4,100 units in 27 communities scheduled for completions in San Francisco–Peninsula. This represents an increase from the previous year, when 3,274 units across 17 communities were delivered.

The largest project to be delivered is the 197-unit Sendero Townhomes in Santa Rosa, Calif. Situated at 1791 Sebastopol Road just off highway 12, the Gallaher Homes’ community features studio and three-bedroom apartments.

The market saw the addition of 317 units in two communities. By the end of the year, the Central Valley is expected to deliver 1,207 units in 12 communities. This constitutes a slight increase from the previous year, when 1,215 units were completed in 8 communities.

The Riviera was the largest development to be completed year-to-date and is located at 2311 N. Hillman St in Tulare, Calif., just off Highway 99. Ginder Development received a $23.9 million construction financing from Tri Counties Bank for the development of the 168-unit community, according to Yardi Matrix data.

Only two communities were completed year-to-date and added 436 units to the metro or 0.4 percent of the stock. The vast majority of new residential development this year in Eastern Los Angeles County is expected to be delivered in the second part of 2021, a total of 3,633 units across 23 communities. This marks an impressive increase for the metro from 2020, when just nine communities came online and grew the inventory with 1,339 units.

Evolve South Bay in Carson, Calif., is the largest project to be completed. MBK Rental Living broke ground on the 300-unit luxury community in July 2019. Located at 285 E. Del Amo Blvd. adjacent to Interstate 405, the community is less than 19 miles south of downtown Los Angeles.

Three communities totaling 452 units, or 0.3 percent of total stock, were completed through April. Eight more communities comprising a little over 1,500 units are expected to be delivered by the end of 2021. The previous year San Fernando Valley-Ventura County recorded almost double the numbers, with 3,683 units added to the stock across 19 communities.

Portside Ventura Harbor in Ventura, Calif., was the largest project to be completed. Sondermann Ring Partners landed a $71.8 million construction loan from PNC Bank for the development of the 300-unit coastal community. The five buildings comprise studio, one-, two- and three-bedroom options.

The 434-unit Purl was the largest of the two projects to be completed this year. Sudberry Properties received a $110 million construction loan in 2017 from Pacific Western Bank to develop the luxury asset. Located at 7901 Civita Blvd. within the 230-acre Civita urban village, the property is adjacent to the future, 1.5-acre Creekside Park.

Orange County is the first entry on the list to break through the 1,000-unit mark, with 1,103 units delivered year-to-date in five communities. That accounts for 0.5 percent of total existing stock. By the end of 2021, the market is anticipated to add another 2,118 units across 12 properties. That’s significantly more than last year, when 1,900 units were delivered in 10 communities.

The 483-unit Broadstone Atlas in Santa Ana, Calif., was the largest project to be delivered. The property is part of Park & Paseo, an 18-acre mixed-use development which will include 1,221 multifamily units and 74,000 square feet of retail space roughly 1 mile from the Irvine Business Complex.

Eight projects were completed in the first five months of the year in Bay Area-East Bay. The communities added 1,524 units to the market, 1.1 percent of existing stock. The metro is expected to deliver most of its new communities this year in the second half of 2021, meaning 48 properties, totaling a little over 8,100 units. In 2020, some 4,900 units were added to the East Bay’s rental stock.

Located at Jack London Square in Oakland, Calif., the 333-unit Channel House is the largest project to be delivered through April. CIM Group topped out the waterfront development back in 2019 but only completed the property in March this year.

Bay Area-South Bay had a good start to the year with a little over 2,000 units to come online in only six projects, which represents 1.6 percent of the market’s inventory. Some 4,900 units are scheduled to be completed by year-end. This would add 19 new communities to the stock. This represents almost double the number the metro delivered the previous year, when only 3,149 units were added.

Greystar’s Lynhaven in San Jose was the biggest community to come online through April. The 636-unit Silicon Valley community is within walking distance of public transit and less than a mile from Interstate 280. According to Yardi Matrix data, the owner received $201 million in construction financing from Otera Capital to develop the community.

The top spot, with a sizable lead, was Metro Los Angeles with 3,287 units added to the stock across 13 projects. This represents 1.7 percent of the metro’s total inventory, the highest percentage on the list. Metro Los Angeles is expected to deliver another almost 10,500 units in 67 properties by year-end. This marks a significant growth from last year, when almost 6,000 units in 27 communities came online.

The biggest project to come online, both in the metro and on the list, was the 695-unit AVA Hollywood at La Pietra Place in East Hollywood. AvalonBay Communities’ mixed-use project also includes 25,000 square feet of retail space and 30 units are designated for affordable housing. Located at 6677 Santa Monica Blvd., the community is less than 7 miles from downtown Los Angeles.

Yardi Matrix covers all multifamily properties of 50-plus units across 133 markets in the United States. This ranking reflects transactions for properties within that sample group.